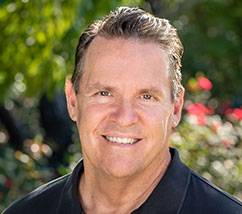 Geoff joined Unitus Labs as a board member in 2001. During his time as Unitus Lab’s Capital Markets Chair, he was instrumental in the launch of Unitus Equity Fund, the first commercially focused microfinance equity investment fund, and Unitus Capital, the first investment bank focused on serving microfinance institutions and social enterprises throughout Asia.

Since 2004, Unitus Equity Fund have raised two funds totaling nearly $95 million, while Unitus Capital has successfully arranged over $700 million in debt and equity financing for social enterprises since 2008. In early 2011, Geoff co-founded Unitus Impact to support livelihood acceleration in Asia and Africa and prove the viability of investments in livelihood ventures. Among many positions, Geoff holds Board seats at Micro Benefits China and other social enterprises benefiting those at the base of the economic pyramid. He is a founding and current board member of SKS Microfinance, India’s largest microfinance bank, and Samhita Microfinance based in Bhopal, India.

Geoff has been active in private equity investing for over 25 years, founding two successful venture funds in the United States and Europe. He pioneered the concept of venture debt and has invested in over 400 companies in his career, including Ciena, Coinstar, Hotmail, and Human Genome Science. He is a Founding Partner of Dominion Ventures, Inc. and European Venture Partners (now called Kreos Capital).