Jared is a Senior pursuing his Masters of Accounting at Brigham Young University in Provo, Utah. In addition, he is a sprinter/hurdler on the Men’s Track and Field team. Jared is the Vice President of Project Development for a student-run consulting firm called Temasek Bay, with which he has already led and/or launched projects with General Motors, Hawaii Airlines, and Recyclops. He spent two years in Brazil not only learning Portiguese fluently but also rendering volunteer service to local communities through the Church or Jesus Christ of Latter-day Saints.

Outside of work and school, Jared enjoys reading anything by Brené Brown, playing sports, trying new foods, and making jokes. He loves to travel with his family, with whom has visited all 50 states and six countries in Europe. He is an aspiring professional pickleball player, having already won a few local tournaments. 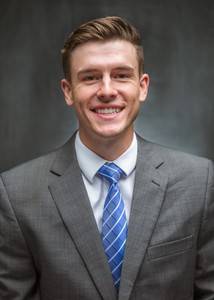